LEATHER, WHIPS, AND GUN-RUNNING ON THE RANGE – WHERE THE ARMS ARE BOUND 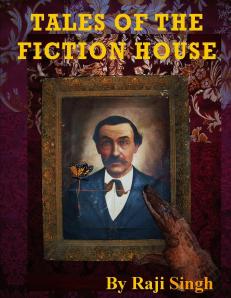 As I archive the mid 19th and early 20th century Fiction House Publishing, I am finding bits and pieces of rough drafts and published works.  Some of the roughs were gnarred-on by carrier pigeons that delivered them from chief writer William ‘Golden Boy’ Golden to Editor James Thaddeus ‘Blackjack’ Fiction.

This piece is predominantly in the words of Golden Boy – 90, 95 percent; however, I took the liberty of deducing the ‘gnarred-on’ and missing sections and adding them in.  No doubt, when I discover corroborating works my deductions will prove truly Sherlock Holmian.  That said…

(Somewhere along the banks of the Kaw, in Free State ‘Bleeding Kansas’, in the 1850s)

The longwinded banner hanging between two walnut trees cheerily announces to those entering the glade, ‘WELCOME TO THE BORDER RUFFIANS PRO-SLAVE, ANTI-ABOLITIONING, and MONTHLY JAYHAWKER-PLUCKING PICNIC.’

Just up the river ‘apiece’…. My ‘wonder-flee eccentric’ great-great granduncle William turns into Willamina to clandestinely infiltrate the after ‘Sunday come-to-meeting’ gathering.  He leans, looking into Turt’s eyes, clear mirrors.  Carefully, Willamina applies the last of his rouge.  Not too much.  Can’t shock the steadfast churchers – even if they’re a pack of hate mongering, lower than rattler, rabble.

~ ~  editor’s note  Turt’s an enormous land-sea creature thought extinct – a Trumpeter turtle:  A friend, guardian, helper to Blackjack, Golden Boy, Captain Polly.  Turt’s been a Fiction from the day he met Blackjack when Blackjack was four.  Charles Darwin found Turt on his way to the Galapagos Islands, although Turt was never lost.  See Turt’s tale in Tales of the Fiction House ~ ~

Willamina’s in his most conservative ankle-length gingham and calico.  His golden locks, that norm-ly, umm, usu-ly flow like crystal white wine, are properly bunned under his bonnet.  He’s looking properly plumpish for this crowd, because underneath he wears his cowboy jeans and canvas shirt, in case a quick change becomes necessary.  His Colt revolver’s ‘neath the bowls of tater salad, baked beans, and fried chicken in his wicker picnic basket.

“Wait in the river.  May need you,” he tells Turt.  “Don’t suppose I will, but in this business – be prepared.  Oh I know you’d as soon snap off a pro-slavers arm as look at them fella, but the information I gather today, mark my word, will garner us a hundred victories.”

Turt starts to trumpet of his trepidation of such a high risk being taken by his Golden Boy – today Golden Goddess Willamina.  Willamina clamps his beak-snout shut with his gnarly fingers (didn’t get to that soak and manicuring last night).  He edges Turt along the slippery bank and into the water.

Just in time, because approaching is his pro-slaver date for the afternoon, Jake.

“There you be My Sweet Pea, Willaminee.  Come, My Little Legume.  Lots of folks chompin’ at the bit to meet you.”

Willamina quickly slips on white gloves.  “Land sakes, Jake.  Papa dropped me off almost an hour ago.  Been biding my time for you.”

Jake moves to peck Willamina’s cheek.  Willamina turns it.  “Not now.  That’ll have to wait.”  Your penalty for keeping a lady waiting.”  Keep leading him on.  Bill and coo like Captain Polly taught you how.  You’ll get what you want from him, and maybe he’ll get a visit from John Brown or any of his equally fiery and sadistic ilk, as payment.

Willamina sees the rise of sexual adrenalin reflected in Jakes rheumy eyes; feels it momentarily when Jake pulls him close, hears it an almost animal growl that percolates from deep in his throat, smells it in the wild musk endorphins that’ve been set astir.  Willamina can barely breathe – Jake’s ranker than any bear cave he’s had to hole up in to shake free of pro-slavers tailing him for his gun-running to abolitionist.

He pushes Jake away, but then takes his arm.  ‘Escort me, you vile creature, into the hating lair of mine adversary,’ Willamina mentally writes to help stay calm.  ‘As you read my tome, be it known my fellow abolitionist in the east and in New England,  that I’m scribing – by the seat of my dress.’  (All of Golden Boy’s postings are printed within days of their birth-ing by Fiction House Publishing, thanks to Captain Polly air mail or, quicker yet, the Fiction House carrier pigeon c- mail service.)

Flying high above the picnic, unnoticed by nearly everyone, is Captain Polly.  ‘Got to get Golden Boy alone,’ calculates Captain Polly, ‘to let him know his cover’s blown.  Soon to arrive is that sly, dirty bird of an informer that’s tipped its wing.’

NEXT WEEK:  {Continue these and other escapades on Raji Singh’s website: Tales of the Fiction House}  See how Captain Polly clipped the informer’s wings, in, A TALE OF TWO BIRDS.

~ ~  editor’s historical addendum:  The pre-civil war Free State strugglers of Bleeding Kansas (“ad astra per aspera,” their motto) were bound together in warding off pro-slave border state ‘ruffians’ seeking to end racial tolerance in their Kansas neighbor.  (‘Border ruffians’ was a too kindhearted nickname for the murderers.)

One of the numerous terms for the mid-westerners with anti-slave sentiments were, Jayhawkers.  Of course, no such bird existed.  The jayhawk was a composite of many types.  Repeated observer accounts tell of the appearance of a real bird, strangely arrayed in various plumages, as if Picasso could have been it’s ‘feather- ier’.  Mud and grime often sullied its many colors, as if it were in disguise.

This bird did exist and was thought to be the model for the imaginary jayhawk.  It was a parrot.  Her name was Captain Polly.  She was author-adventurer Golden Boy’s abolitionist cohort and friend.  She so hated slavery.  Why?  She, herself was one, on a ship for many years.  To a ‘master’ Captain so vile he’d…

Read accounts of her horrible fate from which she emerged victorious, in the novel, Tales of the Fiction House, by Raji Singh. ~ ~

I am a writer, a foundling anchored by tale-telling and imagination. Read my history in Tales of the Fiction House, available at Amazon.com and Barnes & Noble (This is a portrait of my great-great grandfather. He's a handsome devil and I am his spitting image.)
View all posts by Raji Singh →
This entry was posted in historical fiction, Humor, Satire, Writing and tagged Abolitionists, Border Ruffians, Charles Darwin, Fiction House Publishing, humor, James Thaddeus 'Blackjack' Fiction, Jayhawkers, John Brown, Raji Singh, satire, Tales of the Fiction House. Bookmark the permalink.